The muskrat is an exotic pest species in the Netherlands, and this species poses major ecological and economic problems. The muskrat burrows through dikes and nests within dikes and embankments, leading to weakening of these structures. This increases the risk of flooding and is especially dangerous in a low-lying country, such as the Netherlands. Although muskrat population control has been performed for years, population control at current levels, using mechanical traps, is perhaps not cost-efficient. The Dutch water authorities consulted us to investigate the feasibility of a complete removal of the muskrat from the Netherlands. In the future, this would lead to reduced costs, decreased animal suffering and reduced nuisance of muskrats.

During this project, we aim to provide an advisory report on how complete removal of muskrats could be implemented in the Netherlands. The report should provide an overview of the technical, ecological, ethical, social, juridical, and financial feasibility of the complete removal of the muskrat. We will focus on the pros and cons of different techniques to exterminate the animals and how to efficiently detect muskrats and their burrows. In addition, if we have sufficient time, we will also outline what the future scenario would be after the muskrat has been exterminated. This would include a plan on how to prevent reintroduction of the muskrat and a sketch of what the new ecology would look like. 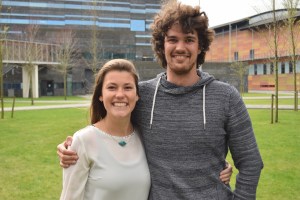